A few years ago I remember coming across a story about an animated film called Pachamama, which pays homage to the indigenous cultures of the Andes, so while browsing Netflix the other day I was glad to see it come up on my homepage.

Pachamama is an animated tale about a 10-year old Andean boy, Tepulpaï, who lives in a remote village in the Andes Mountains and dreams of one day becoming a shaman. A mischievous boy, Tepulpaï has yet to grasp the customs of gratitude, giving and receiving, and honouring Mother Earth that the villagers and local Shaman abide by. That is until a villainous Incan overlord takes off with a ceremonial golden statue from the village, and so Tepulpaï along with his BFF, Naira, and her llama set out on a journey to find it.

There are many lessons to be learned from this beautiful animated movie from Argentinian director Juan Antin. Set during the time of the ancient Inca civilisation when the Spanish Conquistadors invaded and vandalised the Andean land in pursuit of gold and intent on destroying the indigenous land and its peoples, Pachamama is as much a lesson in real history. Pachamama, which refers to the earth-mother goddess honoured by the indigenous people of the Andes, often draws parallels to what is currently going on today with the way in which the planet is being treated.

The movie itself took 14 years to make, but as the director admits, there was a valid reason for that. In an interview with Variety magazine, Juan Antin recalls a woman who attended an early screening of Pachamama who told him that she understood why it took so long to get the film made. He said: “She said people weren’t prepared for this film back then. I said, ‘That’s right, because 14 years ago, it wasn’t a thing that people talked about. It wasn’t in the media with people saying we have to save the planet.’ I guess it comes at the right moment now.”

In part history lesson, in part ecological lesson and in part coming-of-Shaman lesson, Pachamama is as much a movie for adults as it is for kids. In the movie, Tepulpaï sheds his young “ego” facade to take his position as a guardian of the planet and do what is in his heart and soul – to serve the greater good for Mother Earth and her indigenous children. The rather endearing Tepulpaï and Naira are catapulted in to their truth – warriors and guardians – what appears overnight. 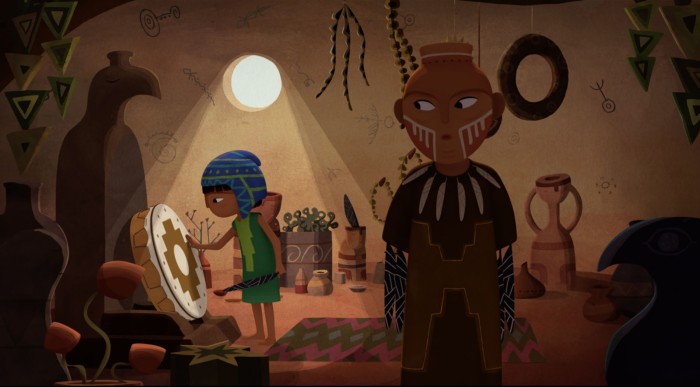 What’s also wonderful about Pachamama being picked up by Netflix is the movie rightfully gets the reach it needs enabling people in more than 180 countries to learn some valuable lessons from a humble animation. As Juan Antin said: ““It’s very exciting to have Netflix bring Pachamama to so many people. This film is sincere. It’s authentic and it speaks to people. I hope it touches them like it has touched me. It’s amazing to think that on the same day, people in 183 countries will have Pachamama on their screens at the same time. That’s pretty awesome!”

Rosalind Medea is an Intuitive Reader and Counsellor. I am also a writer who writes about lifestyle, health & wellbeing, relationships, spiritual life, and music. View all posts by Rosalind Medea

One thought on “Pachamama: An animated movie in part history, ecological, and coming-of-Shaman lesson”

This site uses Akismet to reduce spam. Learn how your comment data is processed.

Rosalind Medea is an Intuitive Reader and Counsellor, with years of experience providing non-judgmental advice to clients worldwide.

I am also a writer, so you can find me sharing wisdom and knowledge via the blog on this website, offering daily guidance through the Tune of the Day, Daily Tarot and Daily I-Ching series, as well as articles to support your spiritual journey.

For further information, to book an appointment or for prices: